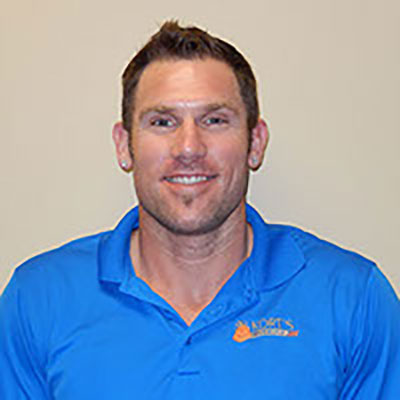 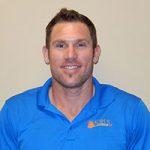 In 2000, Kort was employed with St. Tammany Parish Fire District #4 and got involved in the construction industry as a second job on his days off from the Fire Department. Kort started with a Dodge pickup truck and a Bobcat skidsteer. After a small time, he purchased a bobtail dump truck and most of his work was acquired from residential contractors providing material and filling and grading yards. Kort later purchased a triaxle dump which he operated himself for years performing contract hauling for another contractor. Over time, Kort would acquire other equipment and start performing other residential services such as constructing house pads, roads, driveways, and ponds. Kort eventually obtained his Contractor’s license and went out on his own. In 2008, due to the growth of the company, Kort made the decision to resign from the Fire Department and manage the business full-time. Kort spent years gaining the hands-on knowledge and experience to perform commercial construction and has evolved the company from a small residential site work contracting company into a large commercial site work contracting company.

Kort spends his time in the office overseeing every aspect of the company. He is involved in everything from Estimating, Contract Agreements, Project Management and Scheduling to Financials, Bonding, Payroll, and Insurance. He ensures that the company continues to evolve and grow providing communities with jobs and quality construction work. 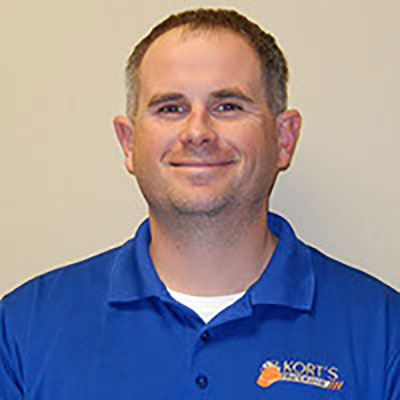 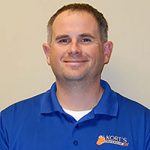 Wayne received his Bachelor of Science Degree in Construction Management from Louisiana State University in 2003. Prior to that, he graduated from Jesuit High School in New Orleans, Louisiana.

When not working, Wayne can be found on a field coaching his son Logan or his daughter Addison in a multitude of sports. Wayne and his wife Kelly have been married for over 10 years and live in Covington, La. 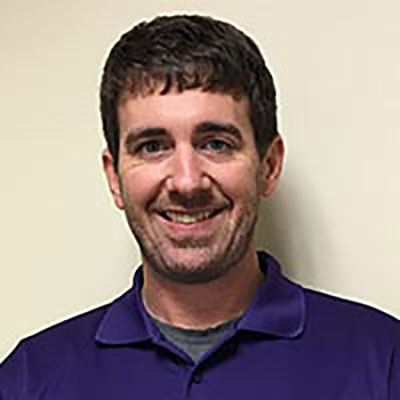 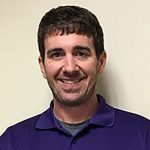 T.J. received a Bachelor of Science Degree in Construction Management from Louisiana State University in 2006 after graduating High School from Oak Forest Academy in Amite, LA.

Prior to joining the team at Kort’s Construction, T.J. was involved in Civil and Underground Construction for most of his career. T.J. started in the construction industry maneuvering a shovel on a utility installation and maintenance crew while attending high school and college. For the past 11 years, T.J. has managed and coordinated a wide range of Civil and Highway Construction Projects throughout South Louisiana and the Mississippi Gulf Coast.

When he is not working, T.J. can be found somewhere on an adventure with his wife, Rebecca, and daughter, Caroline, often in their own backyard. T.J. and Rebecca have been married for over 7 years and live in Covington, LA. 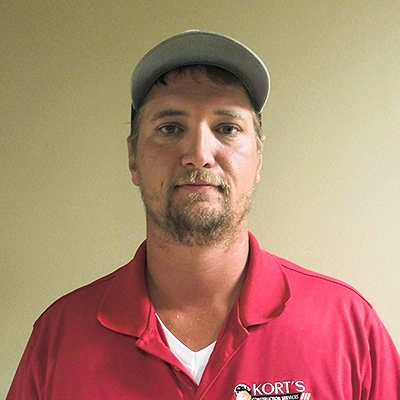 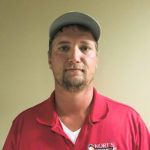 After graduating from UNO with a degree in civil engineering, Scott spent 5 yrs. engineering and designing civil works with an engineering firm specializing in bulk material movement, handling and storage facilities. During which time he was responsible for the design of all civil related aspects, including, drainage and roadway, Corps of Engineers Permit application submittals, Corps of Engineers Levee crossings, soil improvements and stabilization. Prior to coming to Kort’s, Scott served as the civil construction manager for a large-scale liquid storage terminal facility greenfield project.

When not working Scott can be found enjoying time with his lovely wife and 2-yr old daughter. 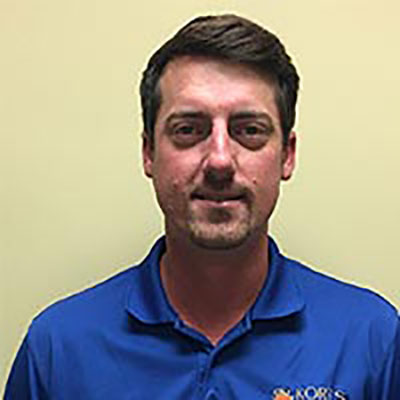 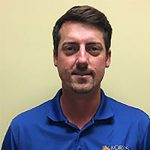 Sky Foxworth joined Kort’s Construction in September 2011 as a General Laborer. Sky started his career at Kort’s laboring with rakes and shovels and has moved through the ranks to become our Field Engineer and Surveyor. Sky assists Estimators, Project Managers and Foreman in the planning and execution of each construction project. Sky’s job responsibilities include, but are not limited to, surveying, construction layout, pre-bid takeoff’s and site topo’s. Sky is skilled in using Trimble software, GPS, and other technologies needed to proficiently perform his job. Sky also oversees Kort’s saw-cutting and joint sealing projects.

Sky is a certified Traffic Control Supervisor and graduate of Covington High School. In his free time, Sky enjoys hunting and golfing. 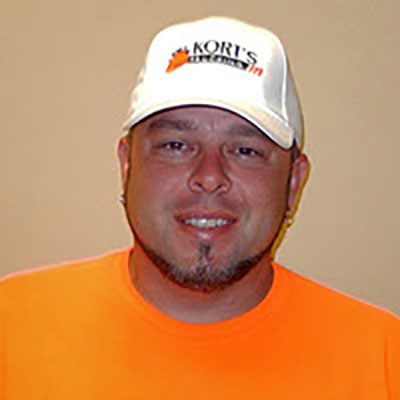 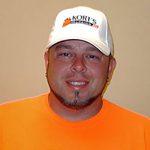 Mike joined Kort’s Construction in August 2014 as the Equipment and Maintenance Manager. Mike has a long history of automotive and mechanical experience. He enjoys problem solving and finds pleasure in the successfully accomplishing the daily tasks and repairs that occur on a daily basis.

Mike enjoys spending his free time with his fiancé and two sons. He is a custom car enthusiast and enjoys working on these types of projects and attending car shows. 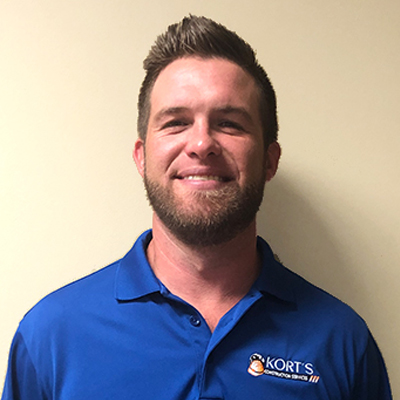 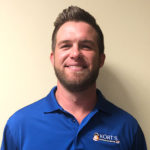 Heath has worked in the civil and commercial construction industry in south Louisiana for 8 years managing numerous multi-million dollar projects along the way. He joined the team at KCS in June of 2019 as an Estimator/Project Manager and has also been tasked with the Business Development role. 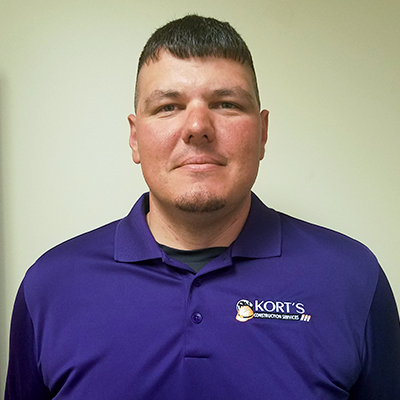 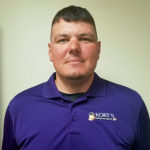 Before Kort’s Construction, Kyle spent 5 yrs. with LA DOTD in Engineering and Construction overseeing projects in St. Helena, Tangipahoa, and St. John Parishes. He graduated from Oklahoma State University in 2008 with a Bachelor of Science in Materials Science and Quality Control and has 13 years in the United States Army, 10 which were in Civil-Military Operations within U.S Army Civil Affairs and Psychological Operations Command and U.S Army Special Operations Command on the active and reserve side.

When not at work he is an outdoor sportsman, and currently within the Operations and Intelligence Cell of the 321st Civil Affairs Brigade in San Antonio, TX.

Richard graduated from Southeastern Louisiana University in 1994 with a degree in Criminal Justice. He later went back to school, where he attended Delgado University to study surveying.

He has been in the construction industry for over 20 years and with that brings a wealth of knowledge to Kort’s Construction. His experience ranges from concrete, site work, as well as surveying.

He is a devoted husband and father. He and his wife were married in 2006 and they have 3 amazing children. You can find them at a different sporting event each night of the week, since each child plays a different sport! In their spare time, his family enjoys traveling and taking cruises. 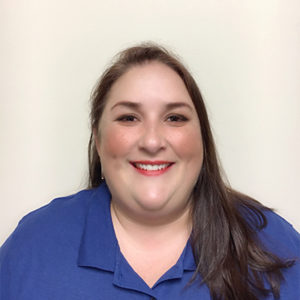 Tara joined Kort’s Construction Services, Inc. in September of 2013 as Accounts Payable Clerk. Tara has many years of accounting experience performing bookkeeping duties for the Oil and Gas industry, Chemical Plants, Government Permits and Auto Financing. She is a graduate of Belle Chasse High School and in her spare time enjoys spending time with her teenage daughter and nieces and nephews. 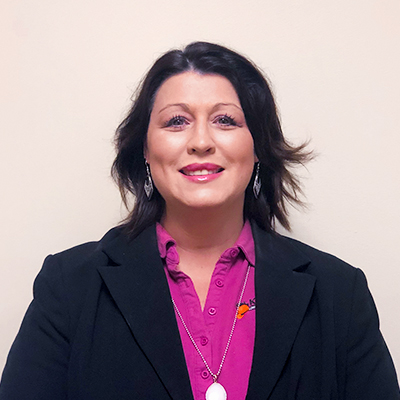 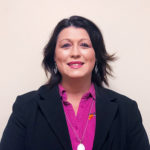 Katie is originally from Plaquemines Parish, Louisiana, where she graduated High School from Port Sulphur High School. Katie then went on to graduate from Southeastern Louisiana University in 2002, where she received a Bachelor of Arts Degree in International Business with a concentration in Marketing and a Minor in Management. She has over 10 years experience in Human Resources, focusing on HR management to specializing in Payroll, Benefits, and 401 (K).

In her free time she enjoys reading and spending time with her family. Katie and her husband, Aaron, have been married for over 17 years and have three children; Emma, Lila, and Aaron, Jr. Their family loves adventures and traveling, especially hikes to breathtaking waterfalls or riding thrilling roller-coasters at amusement parks. While at home, they can be found in Mandeville, at Pelican Park, participating in volleyball, softball, and baseball. 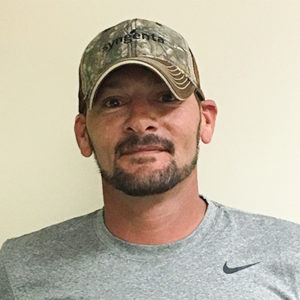 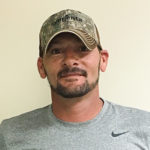 Edward Pier, Jr. joined Kort’s Construction in February 2014 as a Concrete Laborer. Eddie came to Kort’s with over eighteen years of construction experience. Most of Eddie’s experience was in pouring concrete pads for warehouses and businesses.

Eddie was promoted to Concrete Foreman in January 2016 and has become very skilled in directing his crew in a safe and efficient manner. Eddie has successfully managed numerous concrete projects for Kort’s such as French Branch Bridge, Camp Villere Infantry Road Crossing, LA 1090 Road Widening and I-10 Barriere Wall.

When Eddie is not working, he enjoys spending time with his family and friends playing spades, dominos, racing go-carts and watching movies. 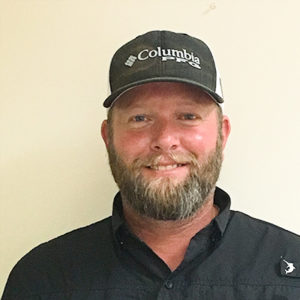 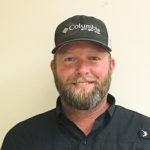 Chad has worked in civil construction for over 15 years and happily became part of the Korts Construction team about a year ago.

He is a proud father and has raised his three children alone for the past five years. When Chad is not working, his favorite things to do are spending time at the beach, lake, or just being productive at home with his kids and loved ones. 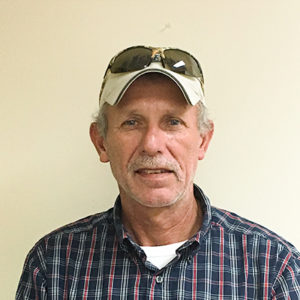 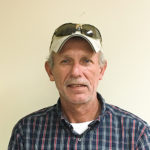 Robbie has been with Kort’s Construction Services for almost a year, joining our team in November of 2017.  He has been doing pipe work since he left the Marine Corps.

Robbie has been married for 31 years to his lovely wife, and has 3 daughters, 3 grandsons, and 1 granddaughter.  In his spare time, if not hunting or fishing, Robbie enjoys playing guitar. 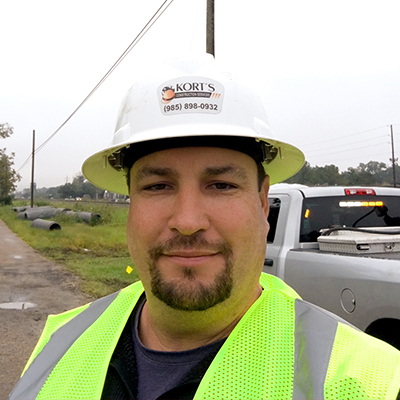 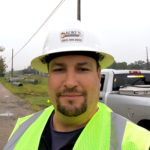 Travis Shepard has been with KCS for a short time.  He came to us with an extensive background in civil construction, having experience in concrete, pipe work, dirt work and industrial work.

Travis has been happily married for 12 years and has 4 children ranging in age from 11 to 20, with one in college, one working and two in grade school. He enjoys spending time outdoors hunting, fishing, hiking, camping, boating and riding atvs. 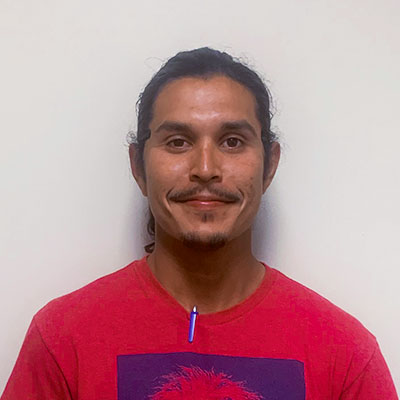 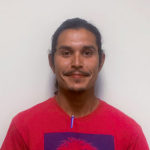 Antonio Nunez Rodriguez was born and raised in Tejupilco, Mexico. At the age of 9, his parents immigrated to the United States. He arrived in Florida, during the summer of 2000, and lived in Florida for the next 10 years. He is the third child out of five. As the middle child, he had a push to be independent and he knew he could count on himself. He has always been the caretaker, the worrier…and the warrior. He was the fighter and the rebel of the family; however, he has always been the one to care the most about anything and everything. He does what he feels is right within himself. His mom always told him, “if you try to make everyone happy, you’ll spend your days pleasing everyone but yourself.” This is what led him to become the man he is today.

After graduating high school in 2010, like many other young adults, he came to the realization that he was about to face the real world. He had a friend in Baton Rouge that told him there was plenty of work available. Since he was not enrolling in college, he figured it would be a good idea to work and save money to pay for college. After working for some time and barely making ends meet, he determined college was no longer a priority.
He then decided to learn a trade in the construction field. He was experienced in laying pipe, drywall, and brick, along with a few other skills, but nothing stuck with him like concrete. He learned it well pretty quickly. Over the next few years, he worked with various companies in the Baton Rouge area and was doing okay.

In 2016, a flood came through and destroyed a good bit of his town. At that time, he started doing work here and there for himself. Later, he found out he was expecting a child. This caused him to make some rough and hard decisions for himself. In 2017, his daughter Nova was born. Today, she is his push and motivation for everything he does. For a while it was a struggle trying to keep up with a business, home, and bills. So he decided he needed more stability, both monetary and mentally. In 2018, he joined Kort’s Construction. He feels this is the best and most comfortable place he has worked and hopes to continue his work with KCS for as long as God allows it.

Learn More About Our Company

Our Covington-based business specializes in all phases of site work.

We provide all of our customers with a safe work environment, competitive pricing, and unmatched service.

We're Licensed, Bonded, and Insured -- and ready to take on your project!

Our talented, experienced, and hard-working team is ready to help!

The People that Make it All Happen

Get to know the friendly faces behind all of the stupendous work at Kort’s Construction Services.

We are committed to complete compliance with all environmental, state, and federal OSHA requirements.

Do You Have A Construction Project We Can Help With?